Investors should be focusing on Tesla’s growing sales and ambitious plans to reinvent the American automotive world.

They should be salivating over its exciting plans for semi trucks for big corporate fleets and its alternative energy initiatives. And they should be reassured by analysts’ predictions that Tesla will report a profit in the fourth quarter and a full year of profitability in 2019.

Instead, they are watching CEO Elon Musk smoke a blunt with Joe Rogan.

They’re seeing rapper Azealia Banks’ bizarre Instagram posts alleging that she was in Musk’s house while he tweeted on acid, reading him tearfully talking to the New York Times about his Ambien use and making baseless accusations about a diver in the Thai cave rescue.

It’s an even bigger problem considering the brain drain that’s now going on at Tesla. Chief accounting officer Dave Morton is leaving Tesla after just a month on the job, citing concerns about “the level of public attention placed on the company.”

And in an email to employees Friday, Musk said chief people officer Gaby Toledano was extending her leave of absence to “spend more time with her family and has decided to continue doing so for personal reasons.”

All of this wackiness is taking its toll on Tesla’s (TSLA) stock. Shares fell about 6% Friday. They are now down more than 15% this year and are more than 30% below the all-time high they hit last year.

The Musk circus is a problem for Wall Street.

“Musk is not going to be conventional. Breaking the mold is part of his PR strategy,” wrote Loup Ventures analyst Gene Munster in a blog post Friday.

Munster added that he suspects Tesla’s board is trying to put controls in place to limit Musk’s outlandish behavior. But he says it’s clear Musk has a different plan. And that’s a big problem.

“At times, Musk appears to be working against himself,” Munster wrote. “At the core, we believe he wants to prove his doubters wrong, but many of his actions strengthen the case against him.”

Musk should delete his Twitter account, stop talking about the Thai rescuer and not use pot in a public setting, Munster said. 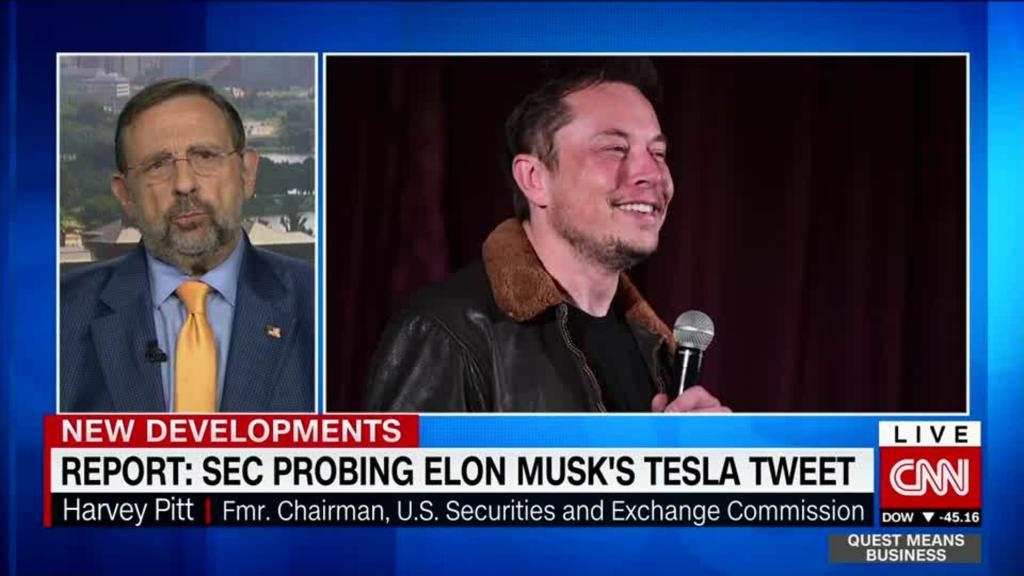 He may need to do even more than that. To paraphrase George Washington in the hit musical “Hamilton,” Tesla is a powder keg about to explode and Musk needs another person to help him lighten the load. Tesla has to hire a chief operating officer.

Yes, Musk may be difficult to work with. But another company he runs, SpaceX, has a highly regarded COO in Gwynne Shotwell.

Shotwell has worked at SpaceX since 2002 and was one of the firm’s first employees. She was named president and COO in late 2008. So it’s clearly not impossible to get along with Musk for a long period of time in a professional setting.

And you don’t hear stories about how Musk is sleeping at SpaceX. He’s only doing that at Tesla. Maybe if he had someone like Shotwell to help him out, he’d be able to catch a few more zzzs. Tesla investors would certainly sleep a heck of a lot easier too.